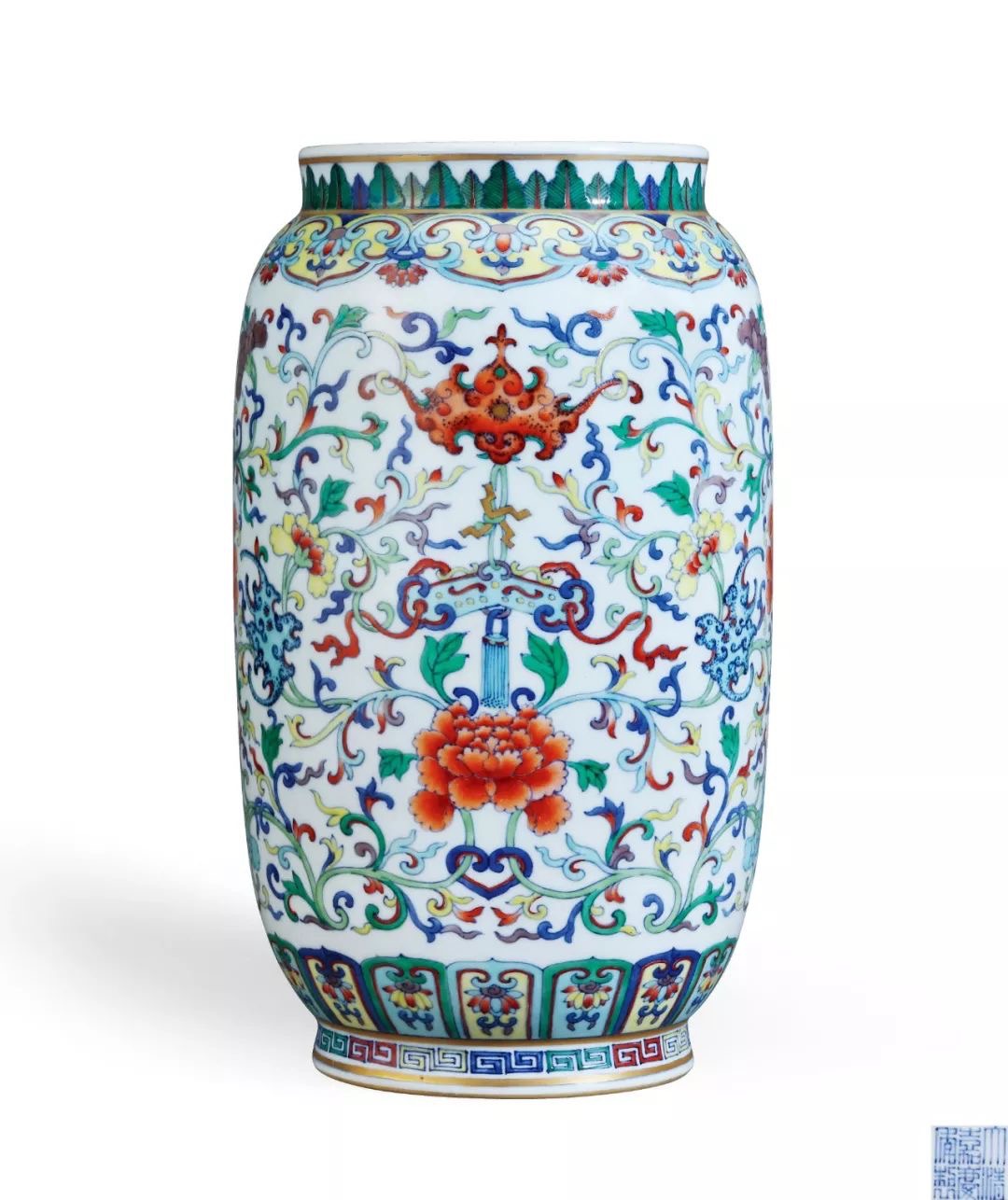 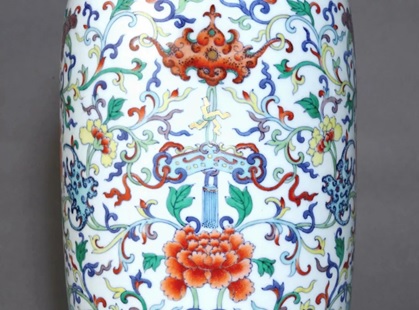 Lantern-shaped vase, as the name implies, gets its name because it looks like a lantern. It has round shoulders and belly that stand for good luck in Chinese traditional ideas. 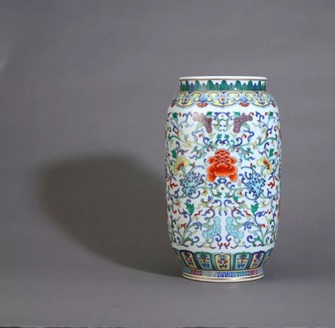 This vase has slightly skimmed mouth, short neck, broad shoulders, long vertical belly and circular foot. The whole body is painted with doucai contrasting colored glaze, while the belly with interlaced floral design and embellished with “peace and prosperity” pattern. The shoulders are decorated with western style scroll-grass-patterned clouds, which are dense but not messy. The overall composition is full of strong western Baroque flavor. The bottom near the foot is encircled with deformed lotus petals. This kind of continuous layout form contains the traditional aesthetic taste that good things should be in pairs.

The gorgeous decorative patterns and colorful glaze set off an atmosphere of happiness and peace. This porcelain has exquisite glaze, bright doucai contrasting colors and flexible strokes. And it deserves to be a Qing palace’s model work imitating the West. 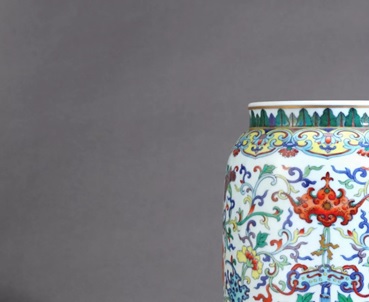 The use of western elements in the decoration of Qing Dynasty’s doucai porcelain was first seen in Yongzheng period. As a result, the western elements became popular in the decoration of various crafts, which had something to do with the Emperors’ preference. The craftsmen of imperial kiln boldly used western arts for reference and explored the integration of both cultures, and managed to lay an important foundation for the development of Chinese doucai technique. 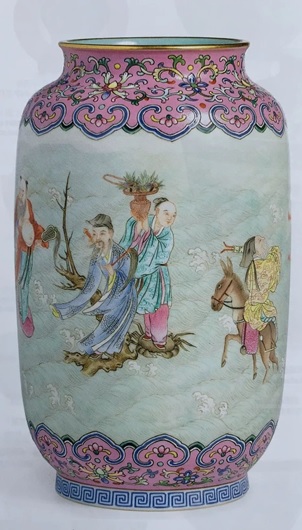 REFERENCE 3
A doucai style, lotus-and-bat patterned porcelain jar with lid, collected in Qing Dynasty’s court in the past
Recorded in Wucai·Doucai, a collection of cultural relics in the Palace Museum, published by Shanghai Scientific and Technical Publishers, 1st April 2005, page 289, figure 263