The Times acclaimed Yayoi Kusama as an existing epic artist in the world, and Emperor Akihito of Japan awarded her with the Japanese cultural medal, which meant that Kusama had become a national treasure level artist of Japan. In ten years, the total auction price of Kusama’s works has increased from $940000 in 2004 to $35.45 million in 2014

Emperor Akihito awarded the Japanese cultural medal to Kusama in 2016

Takashi Murakami is one of the most important Japanese contemporary artists in post-war period. He studied traditional Japanese art at the Tokyo University of the Arts and became the first person to receive a doctorate in Japanese painting in its history.
All of Murakami’s works show the basic concept of “super flat”. His works finally present the style of commercial patterns and flat image like computer screens through his flawless, precise and meticulous handcraft. According to Murakami, the concept of “super flat” faithfully reflects the social reality at that time, as well as the general spiritual outlook of Japanese society after the atomic bombing of Hiroshima and Nagasaki during World War II. In addition, from historical perspective, Japan’s unique geographical structure has made the country face the threat of strong natural disasters for a long time, which is perplexing. For the Japanese, they not only have experienced personally the flattening in history, but also the metaphorical meaning of this concept is rooted in their national character. In particular, the power of Western politics and culture swept Japan after World War II, which has made the flattening of democratic system and culture well known but impossible to retrieve. 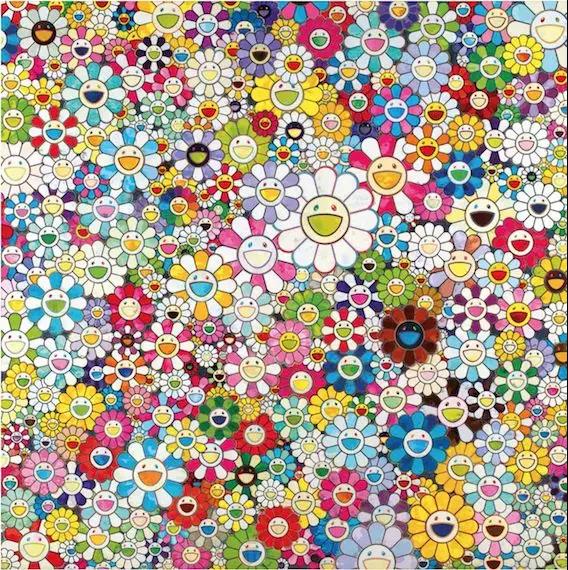 Ron English, who is known as the new Andy Warhol, is one of the most outstanding pop masters. Ron English is involved in a wide range of art fields, including record design, graffiti art, painting, fashion toy design, etc.
In Ron English’s works of art, we can always see familiar pictures or characters. Under his reinterpretation, these pictures and characters can always bring us brand new feelings. Typical works include McDonald’s uncle (who is called “Fat Mai” because of Ron English’s design), Marilyn Mickey (a combination of Marilyn Monroe and Mickey Mouse) and grin (Charlie Brown, a little boy in Snoopy cartoon, designed to be a horror version), etc. There is no doubt that he is the most talented and controversial contemporary artist. His works have always been famous for realism techniques and creative use of cartoon characters.